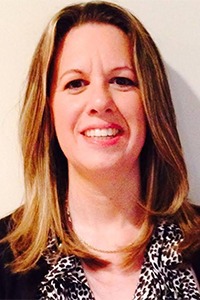 Melissa Brisman graduated Valedictorian from the Wharton School of Business at the University of Pennsylvania and graduated with honors from Harvard Law School. She is an attorney licensed to practice in Massachusetts, New Jersey, New York and Pennsylvania and is a licensed certified public accountant.

Melissa’s excellent reputation is based on her compassion and empathy for each intended parent. Her expansive knowledge and experience has allowed her to create an agency staff that is prepared to successfully help parents build their family. Melissa is considered a true pioneer in this field who advocates for changes in the law in this area and lectures to physicians, potential parents, universities, and lawyers around the world.  Melissa has been a keynote speaker at numerous events, organizational activities and for prestigious institutions across the country, including the New Jersey Society for Reproductive Nursing Specialists, the American Society of Reproductive Medicine, Cornell Hospital and the Donor Egg Conference held each year in Charleston, South Carolina. Melissa has also served as a faculty member for the 2010 International Nursing Conference on Reproductive Health & Infertility. Melissa is a Notable Contributor for GayParentstoBe and has served on the Boards of the American Fertility Association/Path2Parenthood, Fertile Dreams, and Conceive Magazine and has also been the legal advisor and a Board Member of Parents Via Egg Donation and the LIVESTRONG Fertility Advisory Committee. Melissa is a professional member of Resolve, AFA, the American Bar Association-Family Law Section-Reproductive and Genetic Technology Committee, the Egg Donation and Surrogacy Professional Organization, the Organization of Parents Through Surrogacy, The Embracing Hope Scholarship Committee, the American Society of Reproductive Medicine, and the American Academy of Assisted Reproductive Technology Attorneys.

Melissa was invited to attend a governmental seminar in Taiwan. Melissa was asked to speak to the government officials who were looking at their surrogacy laws and procedures in Taiwan and provide legal information and guidelines to help guide them in the process of editing their current policies and laws.

Melissa was the recipient of the 2004 Star of Resolve Award and is a chapter author of Reproductive Medicine Secrets by Zev Rosenwaks. In 2006, Melissa Brisman’s law firm, Melissa B. Brisman, Esq., LLC was named as a finalist for the prestigious 2006 Forbes Enterprise Award. Melissa is also the author of numerous articles on the subjects of gestational carriers and reproductive law.

Each Journey to Parenthood is Unique!