Building Your Family with Assisted Reproduction

Building Your Family with Assisted Reproduction 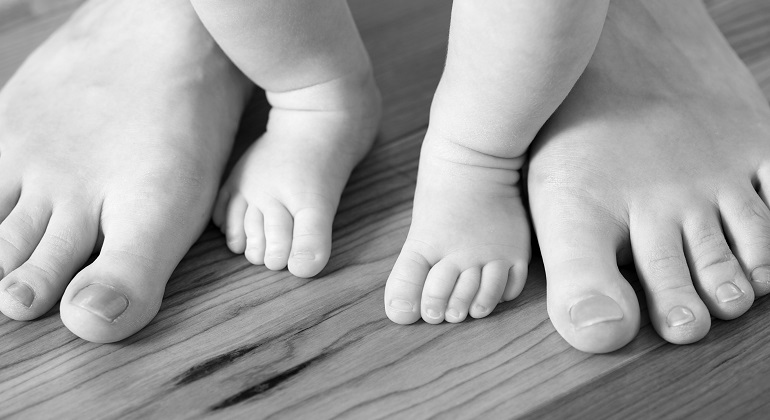 As infertility treatment technology advances, more Americans are turning to assisted reproduction. Here, we look at some of the choices families are making.

After trying for years to have children, Mark and Lucy Johnson* acknowledged a hard fact: Even if they could determine the cause of Lucy’s infertility, her eggs were probably too old to warrant their trying in vitro fertilization (IVF). “I felt like my body had failed me,” she says. They could either pursue adoption or try for a pregnancy using eggs donated by a younger woman.

“I’d heard of sperm banks, but not egg donors,” Lucy remembers. “I didn’t think it was something I’d ever have to do, but I decided that I wanted this child to have some of Mark. It was also important to me to be pregnant.”

The Johnsons faced a few roadblocks. Their up-front expenses — $5,000 to the donor, $12,000 to the fertility clinic, $5,000 for medications, $6,000 for the egg-donation agency’s program fee — were not covered by insurance. After their first donor backed out, it took them eight months to save $8,000 for a second try with a new donor.

Despite their bumpy road to parenthood, today, 45-year-old Lucy is a happy cliché of an expectant mother. Due in less than two months, she’s attending showers and shopping for onesies. She can barely believe her good fortune. Science has given her and her husband something they were beginning to think they might never have.

As international adoption becomes more difficult and the unpredictability of being “chosen” by a domestic birth mother makes some prospective parents anxious, more people are turning to assisted reproduction to create their families. Some use donor sperm, a practice that’s quietly been taking place for centuries. Others implant eggs from younger women or frozen embryos remaining after another couple’s IVF procedure. Still others employ gestational carriers to bear a child conceived from their egg and sperm, or from a frozen embryo. (Unlike a traditional surrogate, a gestational carrier has no genetic link to the child she is carrying.)

“Our beautiful twin boys through embryo adoption, Jackson and Cade, were born on Mother’s Day—a most special present! Raising them is our privilege and blessing.” —Matt and Ann Marie

Melissa Brisman, a New Jersey attorney who facilitates pregnancies through egg donation, embryo transfer, and gestational carriers, says that in 2000 she negotiated about 20 gestational-carrier births. Now that number is between 200 and 300 annually. Diane Michelsen, a California attorney who facilitates family-building through ART, estimates that in 2000, her practice was 40 percent ART and 60 percent adoption. Those figures have now flipped.

While the considerations of raising a child who is not genetically related to either or both parents are similar to those faced by adoptive families, reproductive technologies are so new that there is currently no consensus about best practices. “This is pioneer territory,” says Joni Mantell, LCSW, CSW, director of the New Jersey-based Infertility and Adoption Counseling Center. “In adoption, we think in terms of the child’s best interests. With assisted reproduction, the starting point is the desire and need of the parents.”

Many prospective parents who choose to get pregnant with donated sperm, eggs, or embryos have spent years coping with infertility, or have lived through the heartbreak of a failed adoption. “They want control back,” says Mantell. “Women may want to carry the baby, eat the right food, and plan for the child’s birth.”

Practical considerations were a big plus for Carol Jean Feth, the mother of a biological son, a son conceived from a donor egg, and a daughter who was adopted from Guatemala. “With egg donation, you experience a pregnancy and all the joys that brings,” she says. “Another big ‘pro’ is that you know when your new bundle is going to arrive, and can gear your preparation toward that date. In adoption, ‘the call’ almost always comes as a surprise, and you have very little time to prepare after getting it.”

Some parents, like the Johnsons, want the genetic connection to one partner, as well as the emotional experience of carrying a baby. Although Lucy admits to moments when she thinks, “This isn’t my kid I’m carrying,” being pregnant is cementing her attachment. “I feel very connected to the baby,” she says. “Our bond is growing every day.”

Although most assisted reproduction procedures, with the exception of gestational surrogacy, are based on anonymity, donors may agree to some level of identification or contact, and many parents write thank-you notes, send gifts, or meet their donors. In Everything Conceivable(Anchor Books), an engaging analysis of the cultural implications of assisted, author Liza Mundy describes a baptism ceremony for triplets, at which the guest of honor was the children’s egg donor.

Tamara and Joseph Bove enjoy a close bond with one of their two gestational carriers. The relationship with their first carrier faded after a few years, and they are no longer in contact. But their bond with the second carrier grew as the pregnancy progressed. Over time, they discovered many shared values. The Boves named their daughter after her carrier.

The reality of those potential relationships has yet to be worked out on a larger scale. “There’s a schism here, and people tend to go to either end of the spectrum,” says Michelsen. “Some parents are grateful for someone else’s efforts [on their behalf]. Others think of assisted reproduction as a business transaction. They think, ‘I want this baby to be delivered to me safely. I don’t need a connection with you.’”

Total anonymity, however, could lead to medical complications down the line. In 2009, the Evan B. Donaldson Adoption Institute released a report calling for a national database to facilitate access to birth and medical information for donor-conceived offspring.

Sorting through the ethics

While it’s true that many donors and gestational carriers are motivated by a desire to help infertile couples, others see assisted reproduction as a way to make money. Gestational carriers usually receive payments of $20,000 to $30,000. Egg donors receive $5,000 to $10,000, or more. A 2010 article in The Wall Street Journal reported that inquiries about selling eggs or becoming a gestational carrier surged during the economic downturn.

Unused frozen embryos are generally donated by genetic parents after they’ve had a successful round of IVF. That can be a tricky proposition, as some parents retain an emotional connection to their embryos. “Many people get cold feet about donating an embryo anonymously,” says Michelsen. “They have second thoughts about their child having a full sibling they may never meet.”

An ethical issue arises from the fact that embryos are usually frozen in groups. To defrost one, you have to defrost them all. If there are three embryos in a group, is it acceptable to transfer only one or two and destroy the rest? “Are you looking at the possibility of triplets?” Michelsen asks. “Or are you looking at selective reduction?” These issues have to be negotiated by donor and recipient.

Embryo transfer has also sparked controversy along the pro-choice/pro-life divide. Those who consider embryos to be more than human tissue, because they have the potential to become human life, may refer to the practice as “embryo adoption.” Such “embryo adoption” programs include homestudies, and allow the genetic parents to choose the recipients, but do not involve a legally recognized adoption process.

Another question that prospective parents face is how to handle talking with their children about the way they entered the world. The American Society for Reproductive Medicine advises parents to be honest with their children. While the group’s reasoning is grounded in medical practicality–complete health histories help people get better health care—adoption research has shown that people have an inherent and healthy interest in their biological origins.